TLC is the exclusive provider of SocialFlow to the library marketplace. SocialFlow’s optimized publishing technology analyzes real-time conversations and activities on Facebook, Twitter, LinkedIn, Instagram, and Pinterest to enable social media managers to post the best possible content at the best possible times. By engaging people with the right content at times when there’s a high number of people to read that content, SocialFlow users grow a larger and more engaged audience that actively re-tweets, mentions, follows, and shares social media posts.

By monitoring the real-time behavior of social media users, SocialFlow allows libraries to write posts that automatically appear at the most opportune times. Its metrics can also be utilized to populate your social media feeds with relevant, timely information for your audience, such as news stories related to your library’s most popular books and authors. 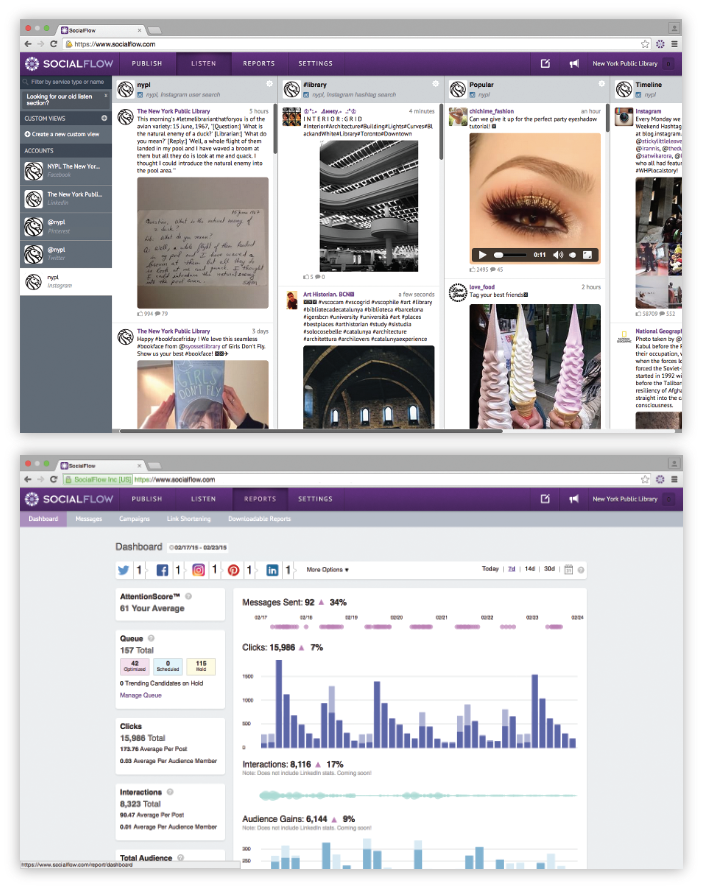 SocialFlow can be a social media gateway for an entire community. By sharing an account, libraries can invite local government and service agencies to post information relevant to all citizens, including emergency notifications, meeting locations and times, and holiday celebrations and observances.

SocialFlow is used by Los Angeles Public Library, Hartwick College, New York Public Library, and Dallas Independent School District, as well as leading national brands and publishers including BBC News, Pepsi, NBC, Burberry, Nickelodeon, Forbes, and Billboard. The New York-based SocialFlow is an official Facebook Global Marketing Partner and was chosen by AlwaysOn as one of the OnMedia 50 Companies to Watch. Learn more about this innovative, fast-growing company at SocialFlow.com.

Contact TLC•SmartTECH by filling out the form below and we will respond within 24 hours.